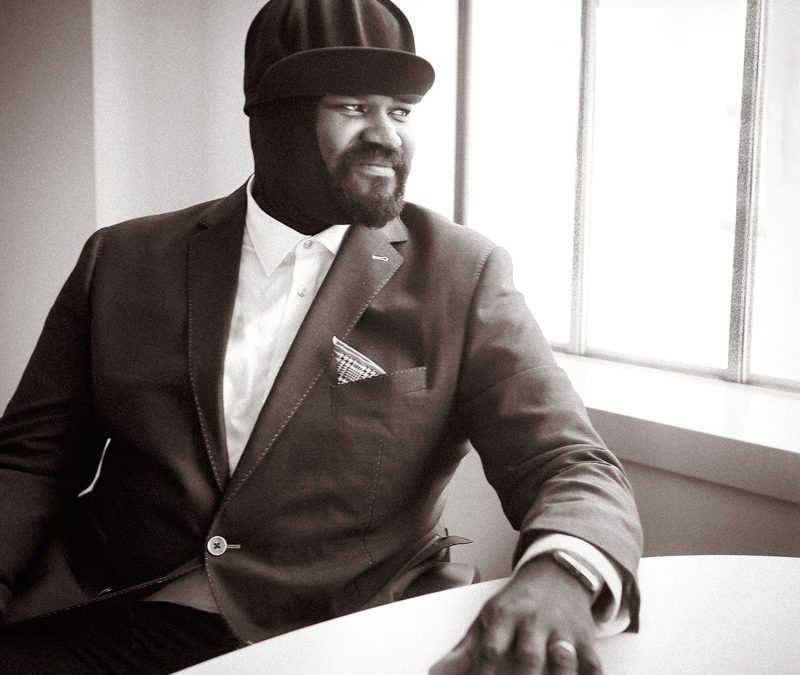 I had the pleasure and honor to photograph one of Jazz music’s brightest stars a few weeks ago at the NPR Headquarters in Washington D.C. It happened by chance, as many of my collisions with musicians happen to be. I was invited by a friend Abby, who knew I was a fan of Gregory Porter to his Tiny Desk concert. I had heard of Tiny Desk concerts for years and have even YouTubed a few performances. But I still didn’t know what to expect or how long the concerts lasted. I left work giddy in the middle of the day knowing I was about to witness some soul stirring magic! I had seen Mr Porter perform on Jimmy Kimmel a few nights before and per usual it blew me away! Excited, I brought my Yashica D medium format camera in case there was a good opportunity to get a portrait of him. I had a half a roll of film left in the camera already (6 frames), so I decided to try my luck. He spoke for a few minutes to an eager crowd and then sang along to a solo pianist for three songs. You could almost hear a pin drop in the room. It was so quiet and everyone was listening so intently. Gregory Porter’s magical voice washed over everyone and put me in a trance. Two songs into the concert I decided to shoot a frame. The Yashicha D, as old and clunky as it is, made a wee bit of noise! So I just decided ..well, that would be my last shot and I got what I got. To my surprise after the concert was over, Mr Porter approached me and asked me about my camera. He looked down and said, “what do you have there?” I explained to him that the camera was vintage. Somewhere circa late 60’s early 70’s, and that I was going back to shooting film; Especially for very special sessions and portraits. I mentioned that I thought I might get a good shot of him but I was too far away. He then said, “why don’t we do it right now?” I was trying my hardest not to look too excited and just told him to sit near a large window. He sat there, (impeccably dressed as he always is) and looked outside. I shot one frame and advanced the film twice just to be sure I wasn’t double exposing. I shot another frame with him looking at the camera. I used my light meter on my camera so I was hoping and praying I got a good exposure. I had just downloaded the app on the uber ride on my way to NPR! So ..you can see that thankfully, yes I did get a good exposure! These are the digital scans with minor Lightroom adjustments. The moral of the story here is: 1. Always try your luck no matter what 2. Be prepared and work quickly if something amazing happens 3. Speak from the heart and ask nicely. You might actually get what you want! 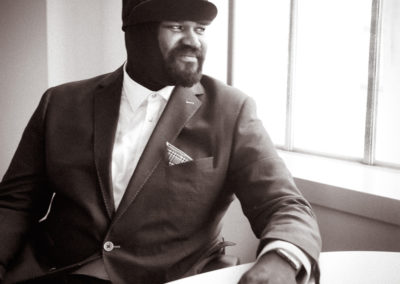 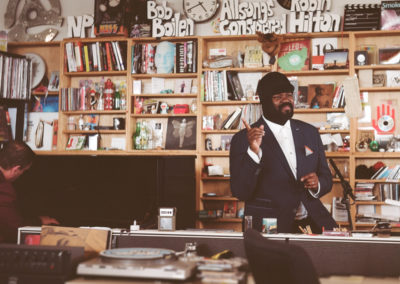