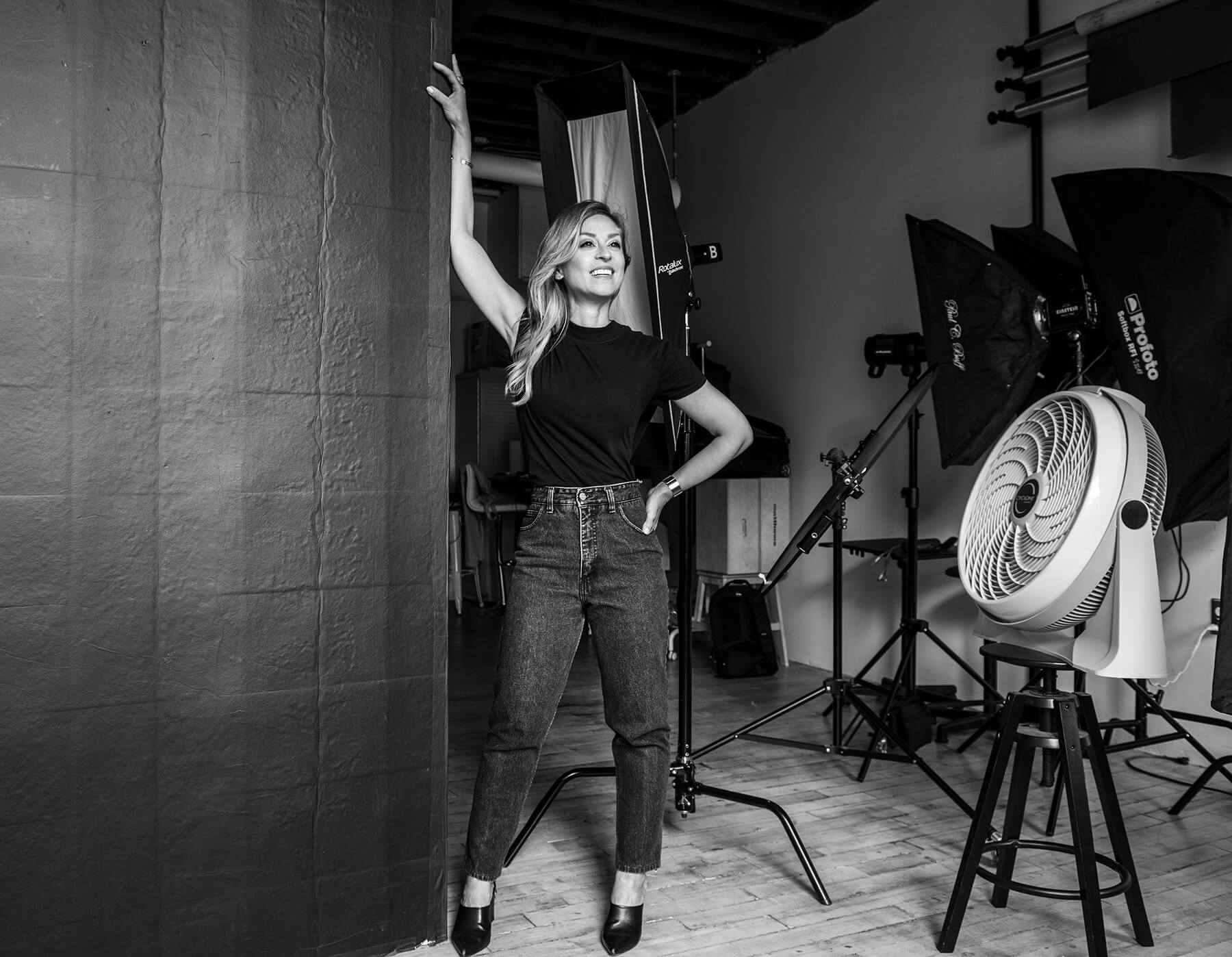 Violetta creates one-of-a-kind visual experiences for individual, editorials and corporate clients. Not only a photographer but a stylist and visual director, her portraits are created with a strong fashion emphasis which was cultivated many years prior, influenced by photography masters Herb Ritts and Richard Avedon. Violetta’s current body work focuses on raw portraiture and photojournalism. To experience a photoshoot with Violetta is a transformative experience. She notes that the most rewarding part of the process is that her subjects become disarmed. Feeling safe, empowered, abandoning vulnerabilities and capturing the true essence of each individual is the experience Violetta strives to create.

Her work has been published in The Washington Post, VOGUE ITALIA ‘PhotoVogue’, DC Modern Luxury, Washington Life Magazine, Washingtonian Magazine, Fox News, Voice of America and a national campaign for Planned Parenthood. Violetta’s work has been featured in multiple solo and group exhibitions in Washington D.C. Selected as one of eight ‘Superfierce’ DC-based artists, Violetta’s work was included at The National Museum of Women in the Arts annual auction exhibition.

July 2021 – Violetta Markelou was selected by Washington Performing Arts for their first edition of Creator’s Notebook. A documentary of local artists and small businesses in Washington DC

April 2019 – Violetta’s work was featured in “Tag Up”, an all female artist showcase featured in UMBRELLA by NO KINGS COLLECTIVE

October 2017 – Violetta was a featured artist at  Superfierce ‘The Art Of Resistance’, a month-long exhibition showcasing over 30 female artists at The Blind Whino Washington D.C

October 2016 – Violetta was selected as one of 8 “Superfierce” artists in Washington D.C. The traveling art exhibit debuted at The National Museum of Women in The Arts.

October 2015 – Violetta unveiled ‘Women Of Colour’; a continuing portrait series of women who break the stereotypical mold of the Washingtonian professional. The collection of fashion inspired photography with a photojournalistic influence  exhibited at The Monroe Trust Art Collective to a sold out opening reception.

Violetta is our first call when it comes to capturing the essence of our clients and enhancing their image, always finding a way to exceed expectations. She is the consummate artist, who makes an intimate connection with her subject, opening them up to a world of visual possibilities. I can’t say enough about Violetta’s work. All you have to do is check out her portfolio!
Eric

Violetta is more than just a photographer—she’s a safe space within which any person can unfold and discover unknown sides to themselves. Her encouragement and questions helped me identify the essence of my business and how I wanted my business to be portrayed in photographs. Her confidence and experience gave me the courage to experiment and play. Ultimately, this joy was captured in every photograph of me.

For my 40th birthday, my husband got me a photo shoot package with Violetta. The whole experience was highly enjoyable.

Today, all of us spend a lot of time in front of our camera phones, taking and posting photos. We spend hours trying to get the best angles and expressions for social media. The photos Violetta took showed me in a different light – they are both honest and beautiful. I think this is something all women should treat themselves to… seeing our true and lovely selves through the lens of a professional.

Violetta is AMAZING!! This is the first time I’ve ever enjoyed getting my headshots taken. She made me feel comfortable, confident and relaxed in front of the camera from start to finish. The final shots were better than I could have ever imagined – so good that I wanted every single image.

I cannot recommend Violetta enough as she absolutely went above and beyond – you will not regret working with her. Talented, professional and easy to work with: everything and more one would want from a photographer. Thank you, Violetta!!!